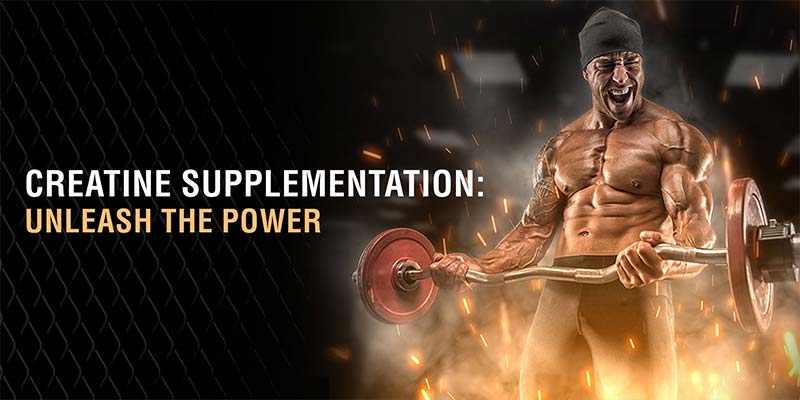 Creatine, one of the most known and popular Performance Enhancing Supplement, is always been in great demand for more than 20 years!

Although it’s one of the most sought-after supplements, it has also been a controversial subject of discussion. Everywhere you go there will be someone or the other preaching the do’s and don’ts of creatine, and surprisingly most of these ‘preachers’ lack the scientific “know how” behind supplementation! So, keeping aside what the supplement gossip mongers say, let’s focus on the science behind creatine.

Creatine is an organic compound which is a combination of three amino acids- Glycine, Arginine, and Methionine and is an essential part of the energy system (Adenosine Tri Phosphate-Creatine Phosphate) also known as the phosphagen system. Creatine regenerates ADP into ATP and results in enhanced performance!

❝ A study published in the Journal of Strength and Conditioning Research Nov 2003, reviewed total 22 studies and found that creatine addition with training program increased muscle strength by 8%, weight lifting performance by 14% and bench press one-rep max by up to 43%, compared to training alone. ❞

Creatine has many roles -

Now, that its clear how crucial Creatine is, with so many creatine types, how would you know what to choose from? Each form differs in its composition, solubility and effectiveness. So, let’s have a quick look at the types of creatine in a nut shell to give you the best understanding of this power-bank supplement!

Creatine may not be for female athletes

Studies have shown the effectiveness of creatine in both male and female athletes. When the goal is to improve strength, performance, power and body composition creatine is worth considering.

❝ When the goal is to improve strength, performance, power and body composition creatine is worth considering. A combination of Micronized Creatine monohydrate and Creatine HCl would definitely give you maximum absorption, preventing unwanted bloating and lean gains.❞

Which form of Creatine is best for me?

Amongst all the forms of creatine the still undisputed one would have to be the micronized creatine monohydrate and Creatine HCL. It has an edge over the others in case of solubility, absorption and effectiveness!

A combination of Micronized Creatine monohydrate and Creatine HCl would definitely give you maximum absorption, preventing unwanted bloating and lean gains!